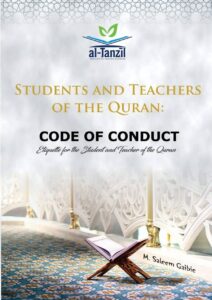 The Musalsalat Hadith of the Quran 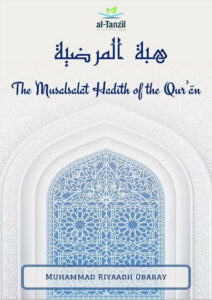 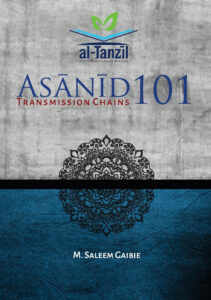 This book essentially discusses the lives of those who form part of the
scholarly lineage in the transmission of Qirāʾāt. The nature of the content is
therefore biographical. While this book offers some basic premises upon which the student may rely on, he/she will need to continuously consult works dedicated to these biographies – books, journals, articles etc. – to thrive and flourish. 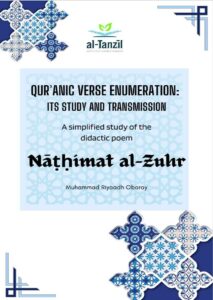 After having written commentaries on the didactic poems of Īhāb Fikrī and Maḥmūd ʿAli al-Sharqāwī, I started sharing these works on ʿAdd al-Fawāṣil on various social platforms and groups due to certain misconceptions and misunderstandings relating to the subject. In doing so, there were countless times whereby I was contacted by students who were either experiencing some difficulty with regard to studying or comprehending the text of the Nāṭḥimat al-Zuhr, or found its study to be tedious. After much discussions and deliberations, I was later informed that the Nāṭḥimat al-Zuhr was one of the primary texts being taught regarding ʿAdd al-Fawāṣil, in both the east and the west. Upon hearing this, in mid June 2020, I decided to compile a work extracting the gist of the text as well as simplifying its study, as opposed to writing an English commentary on it. 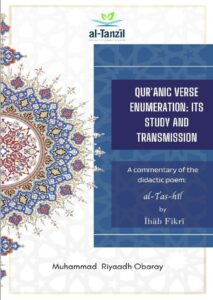 A commentary of the didactic poem: al-Tas-hil by Ihab Fikri 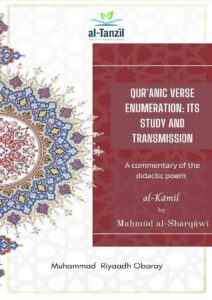 A commentary of the didactic poem: al-Kamil by Mahmud al-Sharqawi

The book at hand discusses the science of ʿAdd al-Fawāṣil – the science which outlines the views of the scholars of Qurʾanic verse enumeration. It is a commentary on the didactic poem entitled Naṭḥm al-Kāmil fī ʿIlm al-Fawāṣil which was composed by Maḥmūd ibn ʿAli ibn Shuʿayb al-Sharqāwī and is based on a much earlier work al-Bayān fī ʿAdd Āyī al-Qurʾān, by the erudite scholar, Abū ʿAmr al-Dānī.
Despite their being many works written in Arabic on the subject, I was unaware of any books that were written and was easily accessible to students via the English medium 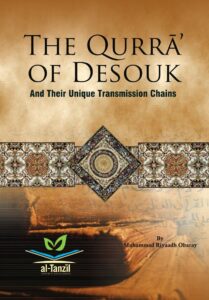 Since the introduction of the study of the ṭuruq for Ḥafṣ via the Ṭayyibah in Cape Town, many have resorted to implementing the ṭarīq al-Miṣbāḥ in their recitation, whether it is in their daily recitation, leading Ṣalāh al-Tarāwīḥ or even in Ṣalāh al-
Tahajjud, despite there being many other turuq which apply qaṣr in madd al-munfaṣil 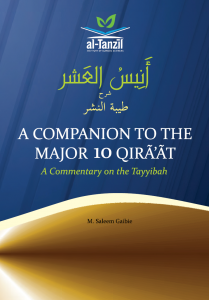 This commentary is written for those who have already completed the study of the
Shāṭibiyyah and the Durrah . Therefore, I will not explain any of the technical terms
because the student should be familiar with them by now.